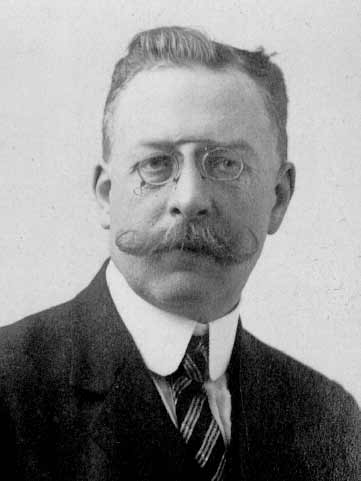 Louis Camille Maillard (1878-1936) from http://www.food-info.net/uk/colour/maillard.htm
This is a brief review of recent research on black garlic and is not intended to claim any health benefits for black garlic. The review is provided for interest only.

Garlic has appeared as a healing health agent in several cultures: Sumerian clay tablets dating from 2600–2100 BC refer to garlic as a medicinal and culinary plant; the medical text Codex Ebers (about 1550 BC) highlights garlic as an antidote to hard work and allegedly garlic was fed to Olympic athletes to increase stamina. Ancient Chinese medicine used garlic to aid respiration and digestion and several Indian traditions see garlic as a plant of healing. Pietro Mattiali of Siena, a 16th Century doctor, prescribed garlic for childbirth, digestive and renal disorders. In England, conditions as diverse as toothache, constipation, dropsy and plague attracted garlic therapy. Since then the hunt has been on for the active properties of garlic, their mechanisms of action and exploring the potential benefits as food supplements (1).

Korean interest in black garlic as a potential superfood is more recent. Various trials on aged black garlic (and its extracts) have identified a number of biologically active compounds. Black garlic has more water soluble sulphurous compounds such as S-allylcysteine  and S-allyl-mercaptocysteine than raw garlic, with less oil soluble compounds that are smelly and sharp in flavour. The change in colour is the result of slow sugar break down over time using the Maillard reaction. This is a complex rearrangement of protein and sugar molecules described by Maillard (pronounced my-YAR), a French scientist, responsible for giving baked or fried food such a lovely aroma. This non enzymatic browning is specific to each food, producing molecules key in the finished flavour.

Garlic has been claimed to reduce cholesterol but trials have been mixed. A 12 week randomised control trial was undertaken of aged black garlic versus placebo amongst 60 people with mildly raised lipids (low density lipoprotein C greater than 130mg/dL) not currently taking lipid lowering drugs. Researchers found that the group taking aged back garlic extract had significant improvement in parts of the lipid profile implicated in atherosclerosis (5). A good overview is provided by Kimura et al. (6).